Which way is North? 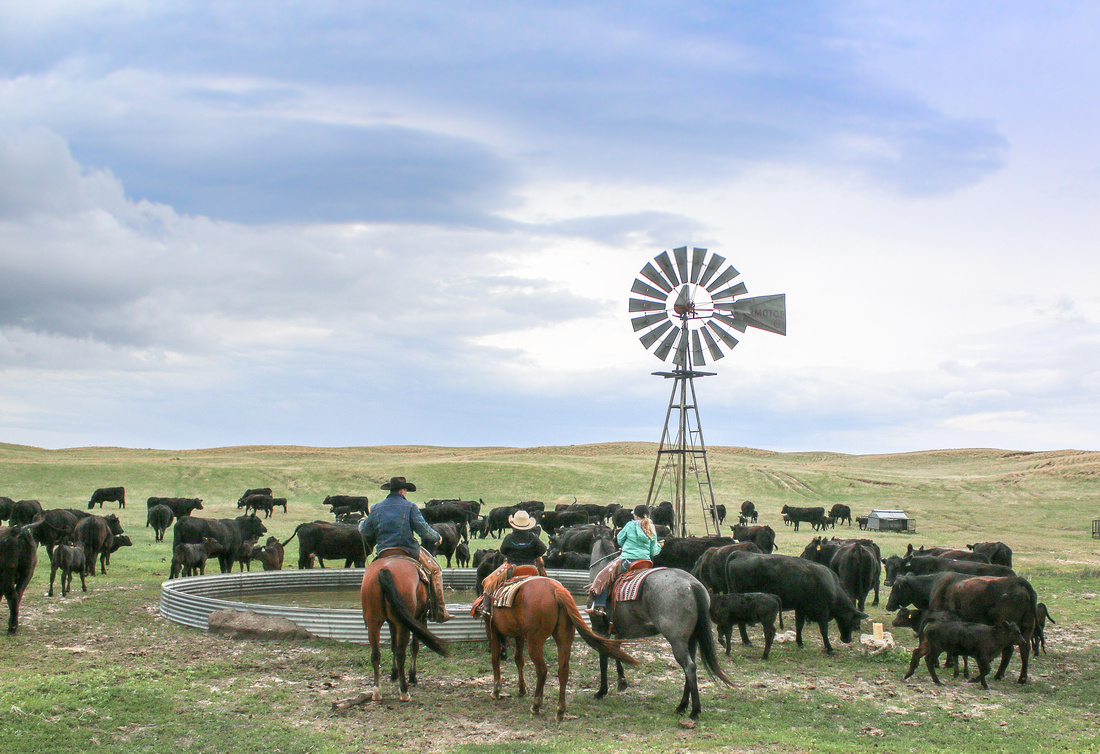 "Do you kids know which way is North?" Those words just flew out of my mouth as I was the one that was suppose to be charge...

It seems I've been chasing those white lines on the highway quite a bit, and I haven't been able to keep up with all the new stories, and travel adventures. I just recently got back from the sandhills of Nebraska, and every time I think about this story it makes me chuckle, so I hope it brightens your day, and you can relate.

I was informed that on Monday afternoon the cowboys & I were needed on the Lazy 5 ranch to go help gather cattle, and prepare for their branding later in the week. Little did I know then what adventure I had gotten myself into! I had borrowed a little horse named Copper, and I was about to meet a family that would would turn into friends. But that's a whole blog in itself. Anyway, Laine stay on track...

So here we were driving down a sandy road up to the Lazy 5 ranch, the trailer was making all kinds of racket from all the bumps, and the boys were swapping all kinds of tall tales of cowboying stories. The clouds looked like it could come a down pour at any minute, and I began to worry a little bit because I didn't want all my camera gear ruined.

We unloaded the horses, tightened our cinches, and away we went. And away I went into the great unknown. It seems I'm always trailing behind all the cowboys in my own little world, trying to find my next shot, and it just so happens that's where I met Kaylee & Braden. We were instantly pals. Kaylee told me all about her horse Blue Duck, and Braden told me all about his horse Jose, and how it use to be Kaylee's but she was nice enough to pass him down. We talked about school, hobbies, and summer activities planned. It seems I was so caught up in all their stories that I really didn't pay attention to where we were going, or where we had just came from.

Now, this is where the real story takes place. We rode out for miles. Remember I'm from Missouri, so I'm use to trees, creeks, and a lot more fences. The sandhills has very few fences, and none of the other that I saw on their ranch. Except for some windmills scattered here and there. Windmills are the only landmarks. Remember I told you it was stormy also, so the sun was hidden. Well, Dusty their dad asked the kids if they just wanted to hang back with me, and the cowboys would ride further to go gather that cattle a few more miles away. The kids said "YES!!!, we want to stay with Laine" Well my friends that was the first mistake. I was instantly put in charge in foreign country with these sweet kiddos. 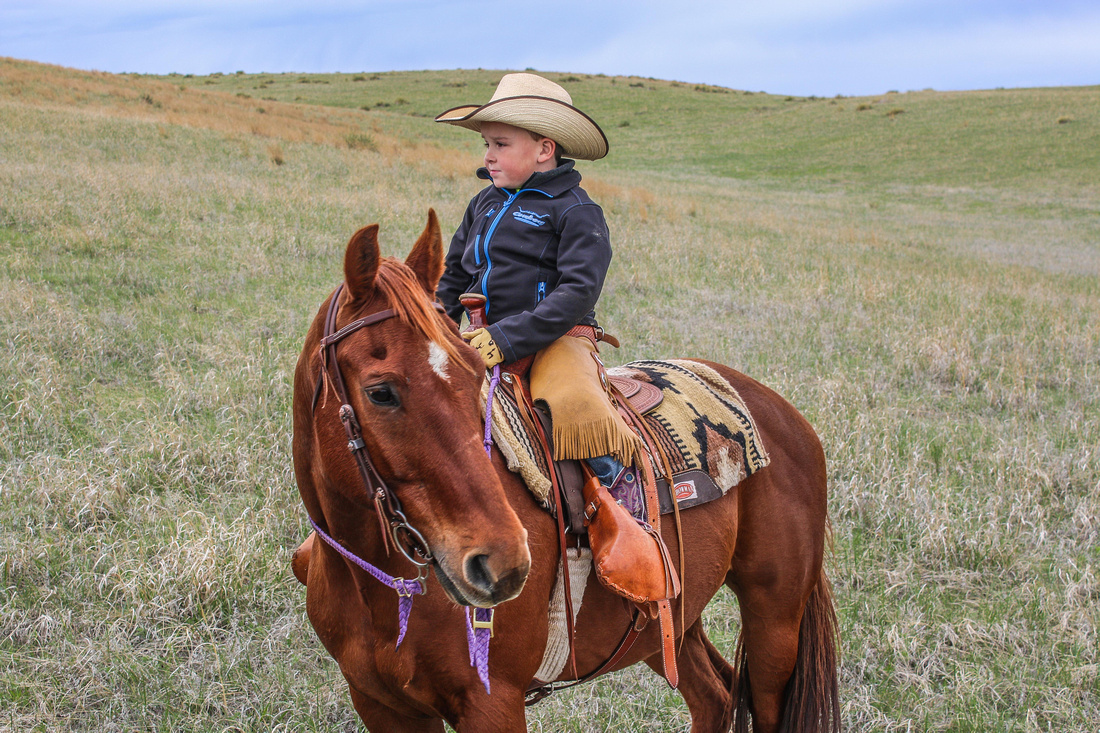 Dusty, rode up next to us and said  "I'm gonna ride on and grab these other cattle, while you kids take all these cows and head North, and we'll meet at the windmill"  In my little pea brain that sure sounded easy enough, and the kids and I began telling more stories. When all of the sudden a look of panic came across my face, and I honestly realized I was in charge, and no idea where North was. The windmill? You mean the windmill that was miles back?!?! So here I am out in the middle of nowhere white as a ghost in full panic mode, but I was staying calm for the kids. 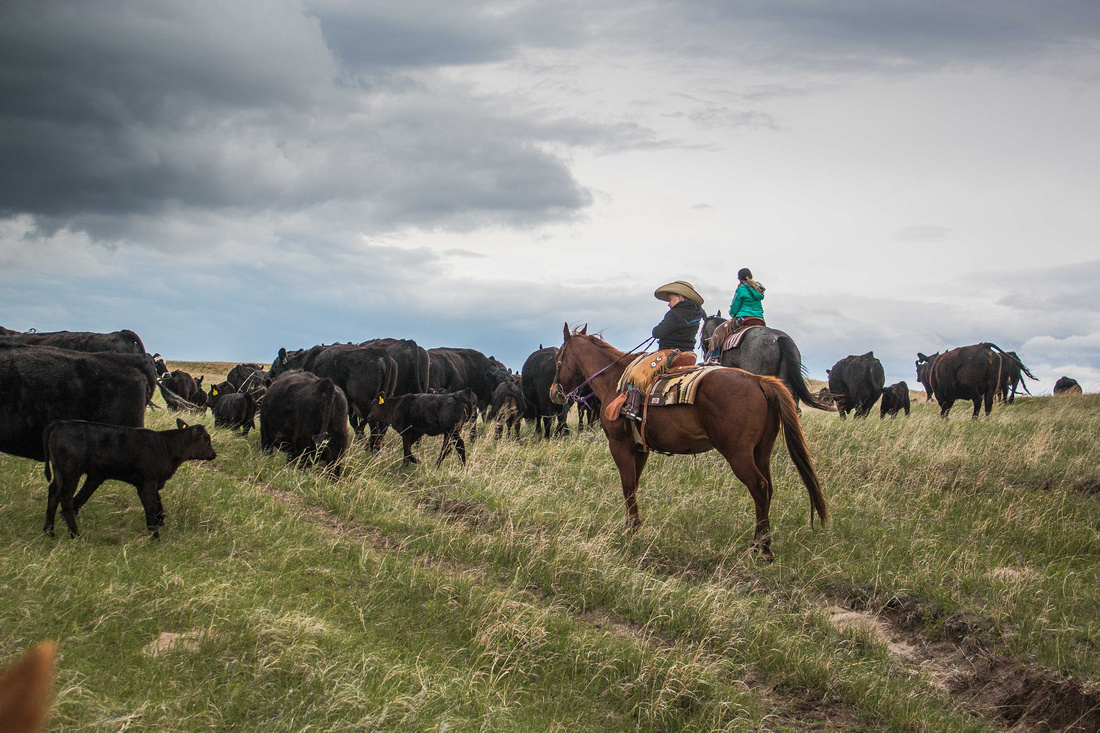 I asked Kaylee, " Do you know where North is? Do you know where the pen is? How about the windmill?"  She said "No, I thought you did" Well, I thought I did too until I realized there's miles and miles of these gently rolling hills, and I can't see anything in sight. So I panic, and start looking around for an adult. Only to realize I am the adult, and I had just been put in charge! Not to mention that we were suppose to gather the strays, and that they were counting on use to get them to the pen. Ok Laine, stay calm. Do not start laughing in your ridiculous hyena laugh (I do that when I get scared) you will scare these poor kids. Laine, just ride up to the tallest sand hill, and see if you can see anything. So with the kids next to me we trotted to the top of the hill. Nothing. That's what was in sight. nothing. However I did find a few strays, so we gathered them up, and pushed them on an old cattle path. Surely the horses, and the cows know which way the windmill was.

Ummm I'm pretty sure the cattle were just being difficult, and could see I was white as a ghost, and panic was across my face. They did not hardly move. So it was in this split second that I made an executive decision. We'd just have a little photo shoot. Yep, that's right. I decided I'd take pictures of the kids while I was coming up with an explanation in my head on how I was going to explain to their dad that I got us totally lost, and we'd just wait at the top of the hill until someone came to rescue us. haha!

In the middle of our impromptu shoot, I saw a brown speck a few miles away. It was some of the cowboys, and they were pushing the cattle our direction. That old cattle path must be the way to water at the windmill. I quickly put my camera down, and the kids and I began pushing on.

The windmill was in sight finally, and I had to let out my insane giggle. I mean who else could this happen to? The kids ended up having a blast, and not knowing the shear panic I was in. In fact I'm not so sure their story telling ever really stopped, ha! Dusty rode up to us, gave us new instructions on what to do with the cattle, and we ended up pushing them all in towards the trap where the windmill was at. I'd call it a success.

But please, please, please give me directions like turn left at the oak tree, or turn right at the feed bin because obviously I do not understand where North is, haha!