"I'm sorry ma'am, I guess I thought I was Superman", "Will you hold my baby wipes", or "Can we get more of your purse jerky" are just a few random things I've heard. Throw in some movie quotes, and some Nirvana music and that'll get you started on traveling with cowboys..." 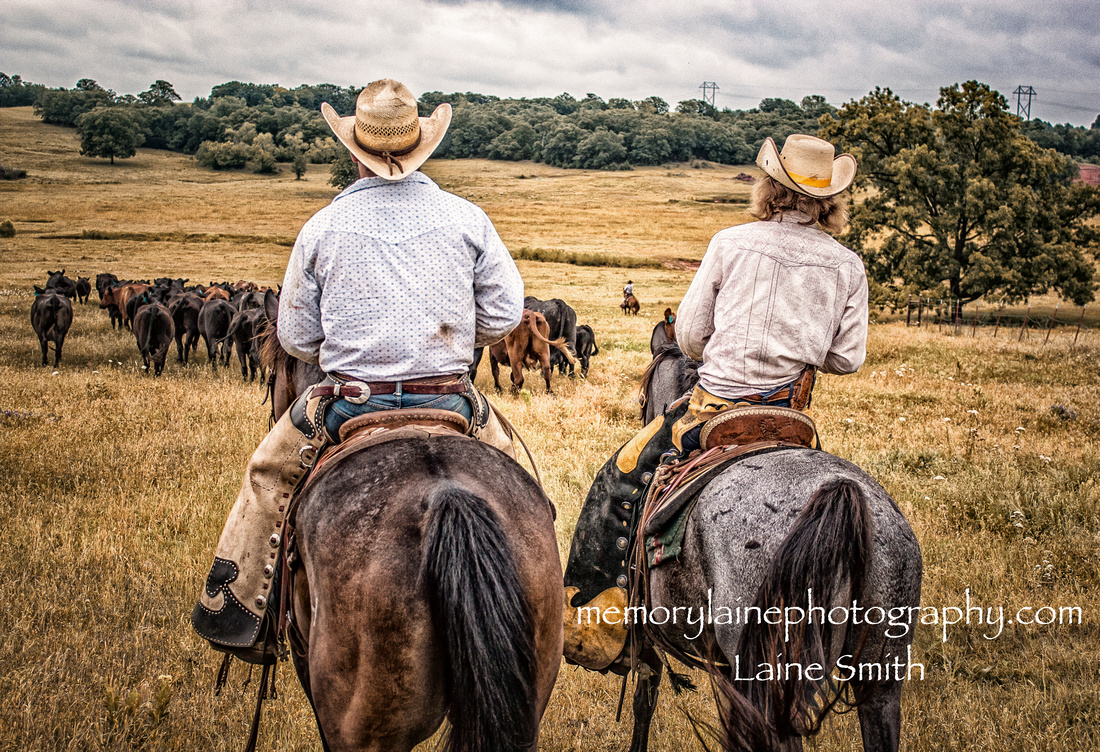 Here we are friends, it's already almost the middle of January in 2018. Where has time gone? Well with it being winter, and terrible weather it seems I've had a moment to work on a few images from last year, and let me just tell you there's a few that when I see them I can't help but crack up laughing.

Now ladies, if you've ever traveled with a cowboy you know there's never a dull moment. For instance if you're half asleep walking to the barn to saddle horses be expecting the random hollering just to make you jump out of your skin, and see how awake you really are. Or Nirvana cranked up works too. 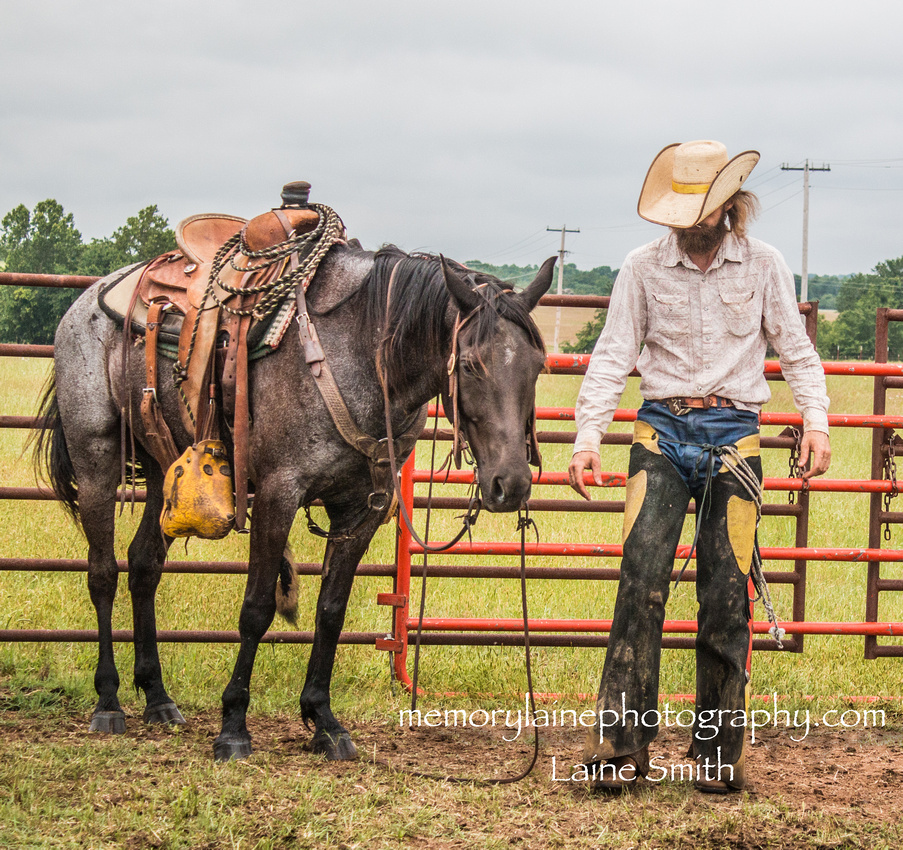 Now being the only lady most of the time I guess I have a few good stories to tell to brighten your day. Which I guess you can say inspired this little diddy...

For example, if you're in the middle of photographing spring works and a young pup brings a green fresh horse to drag 700 weight calves on, you make sure to stay out of the way. But just in case you're up against the fence, and this yellow horse decides to blow up I hope you have a ninja close by.

That yellow horse had worked fine so I proceeded to click away right up against the fence, that is until that yellow fire breathing dragon decided he wasn't so fond of having a rope ran around him. He decided to bolt North as fast as Road Runner from Wiley. E. Coyote. I mean a north bound freight train, and he was headed our way. When I say our way, the whole ground crew, although I was thefirst to become his "speed bump". AKA Victim. Now friends, I shouldn't admit this, but I had two options. 1) I could take on the freight train and lose my camera, or 2) I could squeeze as tight as I could next to that fence, and shove that camera in my "airbags". So with my camera shoved in my airbags on my chest real tight,  I braced myself to take a hit, It kinda became a blur because out of nowhere there was NINJA! Gus flew over the top of me, grabbed the fence behind me real hard and used his body as a shield. I'm mashed up against the fence with only a camera between us. The horse headed on North, and I was rescued. Now while this happened so fast, neither of us got hit, I was still standing there mashed up against the fence because honestly I think it shocked us both, and Gus couldn't get his fingers to let go of the fence. I had never met Gus before this day, and with a look of seeing a ghost and embarrassment on his face all he could do was look at the ground and say "I'm sorry ma'am, I thought I was Superman"... 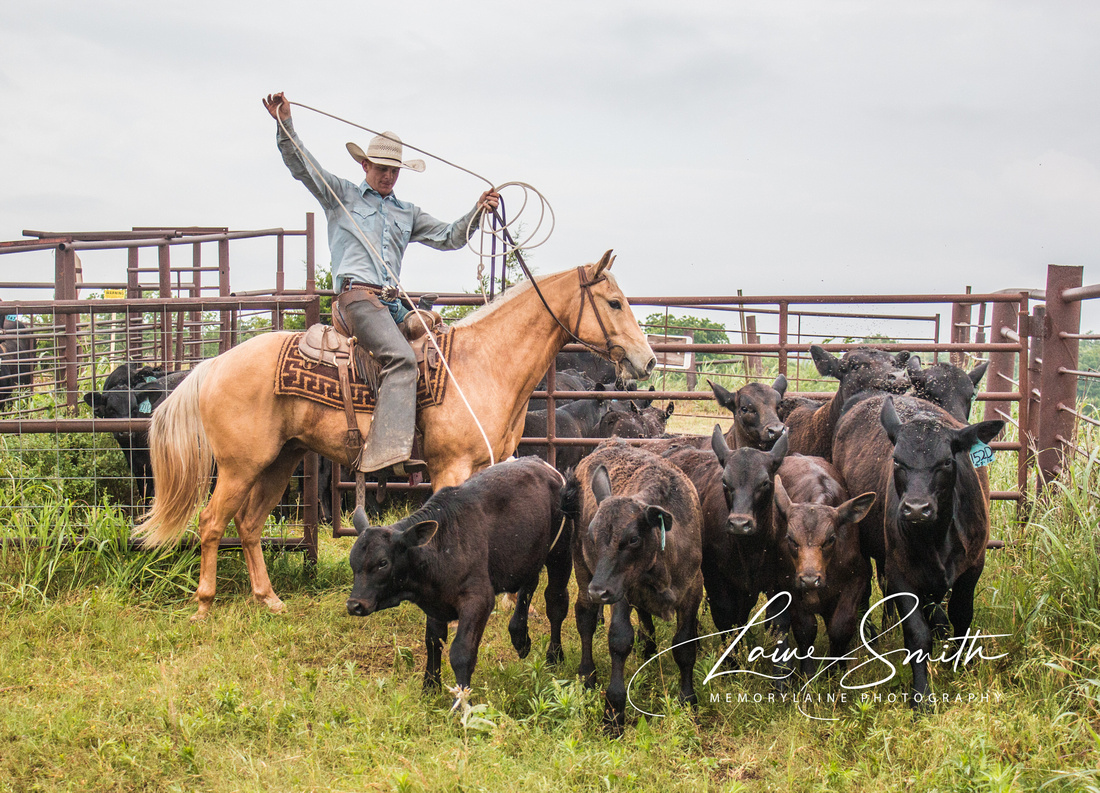 Now the next one I'm gonna kinda tell on myself..again..I always pack snacks. The reason? Because I've rode with too many cowboys that never find the time to grab a quick bite. As I was catching a hard time one morning in the sandhills with packing some beef jerky in my purse, I just simple smiled and nodded. Yes I carry beef jerky in my purse. Well, why we had gathered a few sections, it had been a long time since we had that pop tart early that morning, and we still had another pasture to go. We were moving to another pasture all squeezed in this pickup and I heard one of them holler " Hey Laine, how about that purse jerky" haha! Ya boys, how about that purse jerky now? It was inhaled within minutes just for the record. 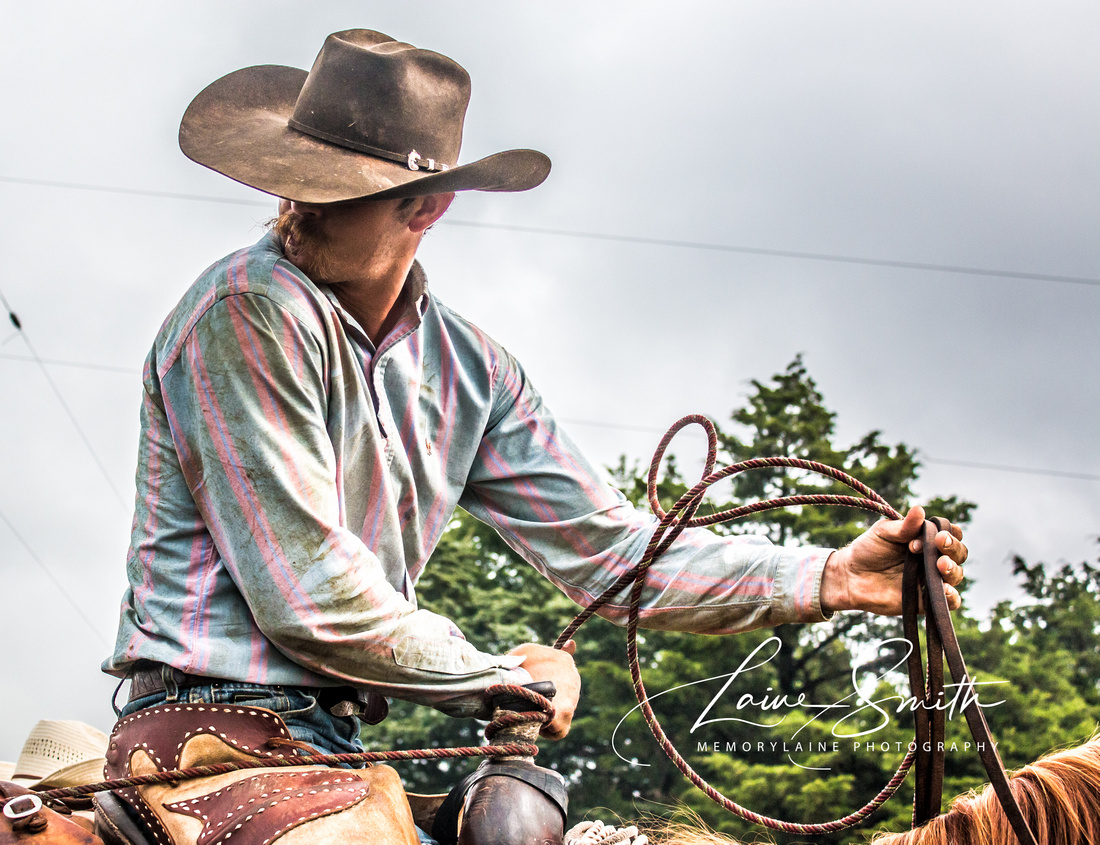 "Laine, can you carry my baby wipes?" I , at first thought "Oh, he's being thoughtful" in case I had to pee you know? So I said "Oh, that's so nice" and with a look of confusion upon his face, and as blunt as could be he said " I don't like when my hands get dirty" Now if you can imagine, I'm dying laughing. Bill is about as rugged as it comes, and real handy so I was in shock. Still serious he said "Well, I don't" . He then proceeded to tell me how he hates dirty hands after cutting calves. I understood, but I will never let him live down the one time I had to carry baby wipes in my jacket pocket for the tough Wild Bill. .... still laughing... 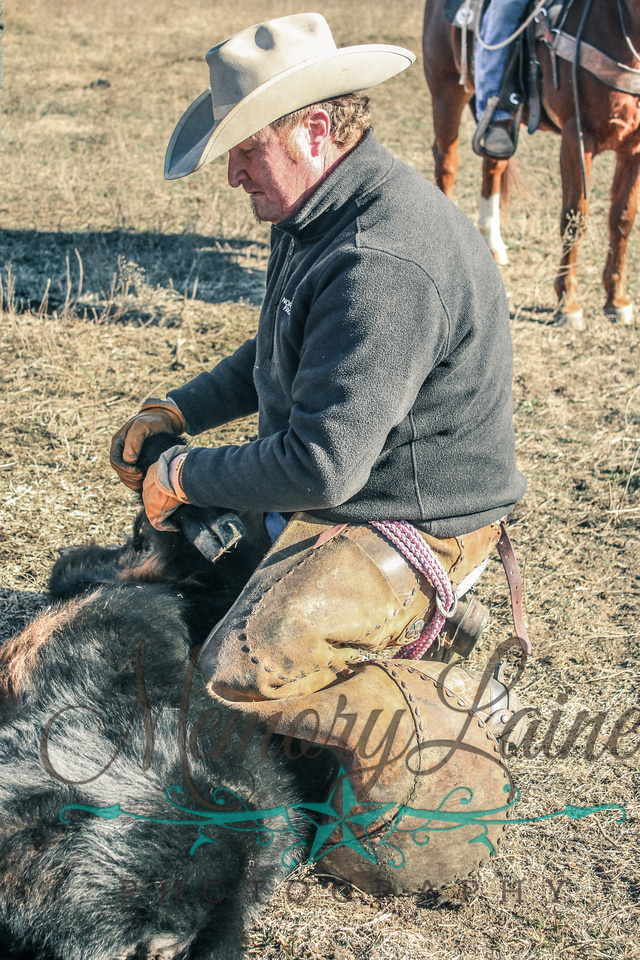 Now I could go on and on about movie quotes, and if I had a dollar for every time I heard "Laine, don't you remember that movie?" and then that's followed by more movie quotes from a different movie, and then uncontrollable laughter. Maybe one of these days I'll catch up on my cinema knowledge, but for now I'm gonna write blogs on Superman, Beef Jerky, and Baby Wipes. Ha! 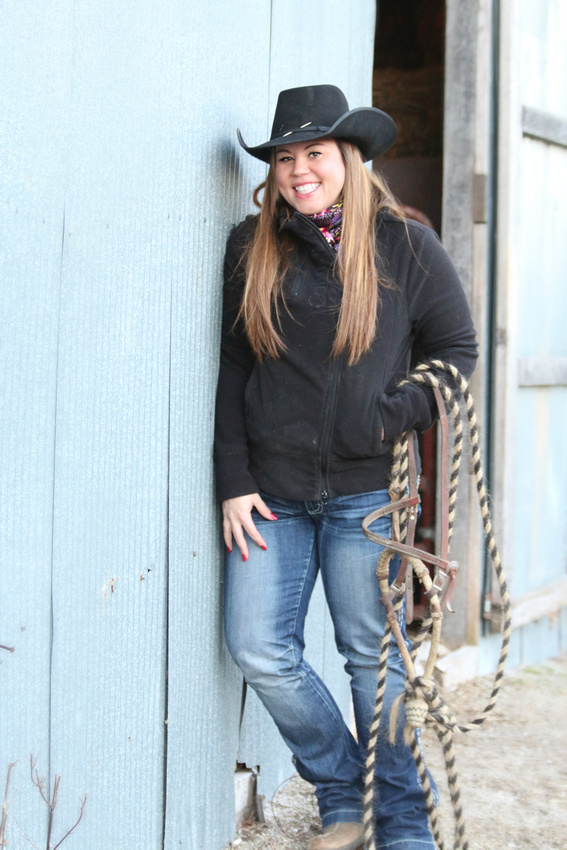