" You've moved more piles of trash, you're suddenly smelling like a feedlot, and you're avoiding the hot shot and multiple cattle needles flying around, Yet you're headed to town...Ladies, this is a test"

Now ladies, I'm mainly talking to you. After all it's easier for me to give out a female perspective, as I find most of my gal pals have been in this boat, and I suddenly turn counselor, ha!  If you've never been around a full time cowboy one might think it was "romantic" to get asked out for dinner by one of these fine young men. I mean they're mysterious, hard workers, always have great manners, live half way like a gypsy, and there's always plenty of horses to ride. Sounds pretty romantic right? Well, that depends on what you call romantic.

He's finally asked you out, and you've accepted. You've got it in your head that all your dreams are coming true. You've made plans that he'll pick you up for dinner around 7, and while you've been primping in the mirror since 3 p.m., changing your outfit multiple times, and have clothes scattered all upon your floor,  He's been out doctoring foot rot on a bunch of heifers, and hasn't even looked at the time. You haven't heard from him, and your nerves are starting to kick in. You wonder if he even remembers or is going to blow you off. Your head is turning. It's 6 p.m., and you still haven't received a single text.  You're freaking out! You're starting to call me, "Laine, I haven't heard from him, what's going on?"

Ladies, I'm in no way a therapist. I still don't understand men, however since I spend most of my time photographing this lifestyle I've become friends with a few. Now listen closely, "He has no idea what time it is, he also only has one thing on his brain, and that's to get everything doctored"

He shows up at 6:59 with only a minute to spare, you hear that ol' ranch pickup flying in, and rattling down that gravel road. Did you expect him to drive something nice? Oh you did? Well, that's your first mistake. You're about ready to strangle him because he never called or texted. You're trying to not be upset, however he barely made it out of the pasture by 6:30, ran in the house and took a quick shower, threw on a shirt that wasn't wrinkled too bad, a pair of jeans that only had a few stains, and his good hat. Then he raced for your house with no time to spare. He never texted, he never called. He just showed up when he said he would. Ladies, the first test is 1) Never bother a man while he's working.

The second test: The Ranch pickup.

Now while he was out before daylight, he's seem to forgot about all of his treasures he's accumulated throughout the week. He rushes frantically to the passenger door, and just as he opens it for you, an old beer bottle rolls out, a couple of cattle catalogs, and his saddle pad fell to the ground. He's throwing stuff in the back seat faster than the pitcher for the St. Louis Cardinals. I mean horse brushes, old fast food sacks, cattle vaccines, extra clothes are a flying! You're standing outside the door, and you get your first whiff. It's the smell mixture of a feedlot, and wet cow dog. You're thinking to yourself at this point, "Are we really going to town in this?" Yes Ladies, you are. This is a test. 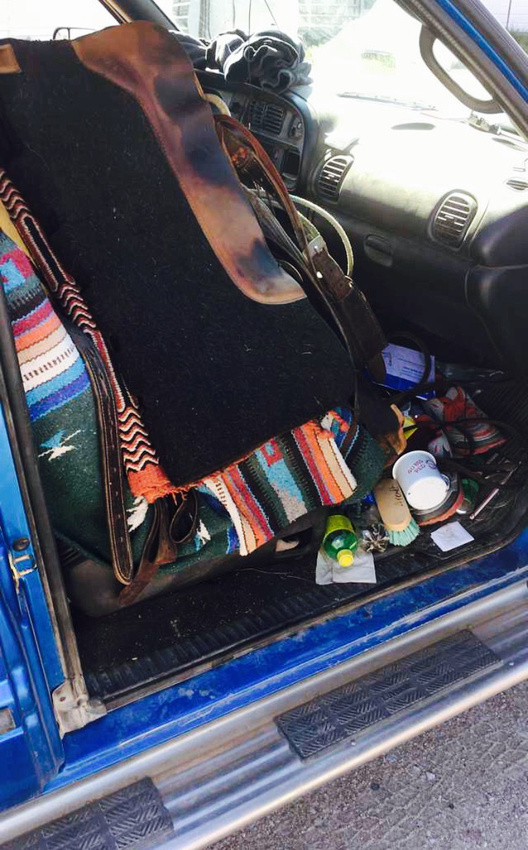 Remember ladies, I said it depends on what you call romantic. You didn't really expect him to drive a Mercedes did you? He's half gypsy. He never knows where he'll be from day to day, or what he might need so he lives out of his pickup.

He finally clears a spot for you, but don't expect a large spot. You should probably only take a small purse because his  gun will be pointed down to the floor board, and you'll still have to manage to make your way through the multiple hot shots, and leather trade goods he carries around.

At this point, you're finally loaded up, but you're scared to look around. So you just focus on the road. The dash has inches of dust it's covered in, and suddenly you feel like you need to take a shower again, as your sitting where his cow dog that just got out of the pond was sitting a few minutes ago. You know those shoes you were worried about matching your outfit? Ya, those are now covered in cow poop, horse hair, and maybe a little Ivomec. 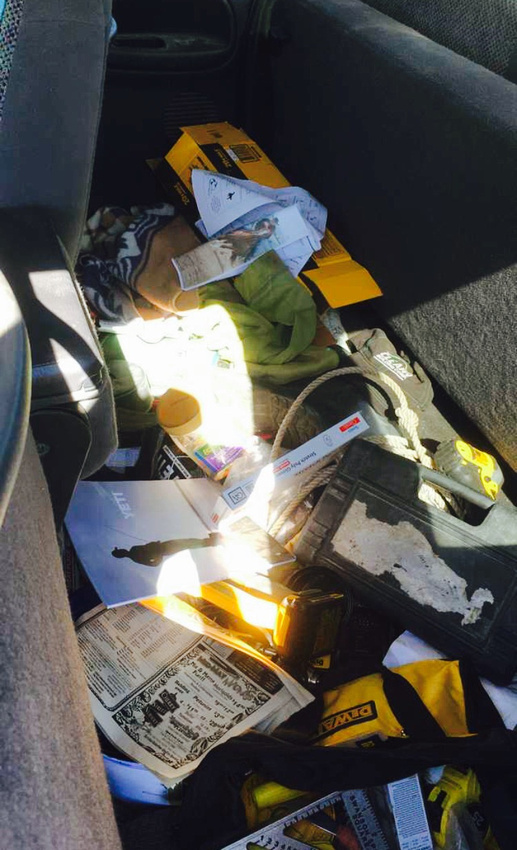 You don't dare to look in the back seat, but the temptation kills you so you give in to find tool boxes, trailer wiring, fencing pliers, a couple rolls of barb wire, extra clothes, rain coats, a warm jacket, and numerous old sale catalogs.  You quickly turn around, and pretend you didn't see anything. You're trying to just focus on the road as the dust in the cab is flying around like a whirlwind tornado, and meanwhile listening to him tell you about his day of doctoring. You're trying to pay attention, but you have so much dust caked onto your freshly applied lipstick that you're getting distracted.  You glance at him, and he's as happy as a field mouse with a little piece of cheese. He has a slight grin, and a twinkle in his eye. He knows he's testing you.

Once you finally arrive to your destination, you hear a few belts squeaking as he turns that pickup into a nice establishment. The radio? Ya, it only works when it wants to. He might have his cow dog with him riding in the back, or he might have a load of feed on, but you don't dare to turn around. You focus on getting to that front door, and concentrate on not knocking anything out the door when you get out.

Ladies, the ol' ranch pickup is a test. If you can handle going to town in this fine piece of equipment you'll probably get asked out on a second date. Plus you'll know exactly who to call if you're broke down on the side of the highway and need some tools, or need to repair a fence where some cattle got out on the fly, or who knows if you ever need your trailer re wired up, or if you need to borrow a pair of tennis shoes, need a horse brush, or a dose of Ivomec. You know the exact man for the job, and he will always be prepared.

Stick it out for the second date ladies, you've already passed the first two tests, and if you're lucky you might he might stop and get you a Wendy's 99 cent Frosty on the way home!

I'm in no means an expert, but hopefully you giggled a little!

Rusty Johnson(non-registered)
I love it! You hit the nail on the head!
Jeanne(non-registered)
My first date with my romantic cowboy seems similar. We went fishing for 10 hours. River was cloudy because of the fires. We did not catch any fish. I caught flees from his dog and him. As I got out of his truck there was a head of a raven under the seat. I asked, "Is this to ware off evil or for good luck?" He only replied back with a twinkle in his eye and crooked grin. Love it! Many Smiles!!!
Dave(non-registered)
Excellent. Very accurate.
Tyann(non-registered)
I was raised in a farm. I have had cow & horse crap on me & I am one that doesn't mind getting dirty
Love all the farm life.
Sandra Larkey(non-registered)
Great read Keep it up!
No comments posted.
Loading...
Subscribe
RSS
Recent Posts
Please don't put it in my obituary I died riding an Appy... The American Rancher: The every winter Olympic Sprinter... Winter chores or comedy show? You decide. Things you just can't UN hear... Dear Ladies of the NFR, I envy you. So you want to date a cowboy? What horse did he saddle for you? The Mysterious Ranch Pickup & Dating... Capri Camper at 70! When the fireflies dance among the fescue Which way is North?
Keywords
Ranch memorylaine ranch photography ranching wrca Creek Canyon MemoryLaine Photography Montana Horse Drive Bronc Riding Nation Cherokee Oklahoma
Archive
January February March April May June July August September October November December
© MemoryLaine
Powered by ZENFOLIO User Agreement
Cancel
Continue