"Don't worry Momma, I'm with Tara" were the last words out of my mouth... Little did I know then the joke was on me!

Good morning friends, we've almost made it to Friday! I figured after a long week right before the holiday weekend I might give you a quick break, and warn you to be careful who you travel with, ha!

I've known my friend Tara since high school (that's what I've been told to say, ha!)  She could or could not of been my teacher, but I cannot confirm or deny that at this time because as a woman I would never want her to feel older than I was, and in her defense she was freshly out of college. So anyways, I've known Tara since high school. Tara is the owner/maker at Bull Creek cinches, and she travels just as must as I do. She's always attending multiple western trade shows, and it just makes sense to travel together. My momma always gets worried when I travel, but feels a little more at ease to know that Tara has always been safe, is a momma herself, and has a few years of traveling experience on me (I mean months since we were in high school together) "Don't worry Momma, I'm going with Tara" were the last words out of my mouth. To which it brings my mom at ease...little does she know!

Here we are in Abilene Texas we had made it to the Western Heritage Classic. One event you must attend! Two girls, a Capri camper, and too much stuff packed. Hey, a girl has to be prepared with every accessory right? Do you remember those Capri campers? The kind that set in the bed of your pickup? Well, those little things are so handy! Unless of course you get stuck in the back of one.

The battery on our pickup had died, which led Tara to believe there was something wrong with the pickup, and then we'd be stranded in Texas. Which I was perfectly fine with the fact we may have to stay in Texas a little longer, but Tara was not fond of the idea.

We jumped the battery to which it had the truck running, but on an ol' diesel it takes them a while to charge, so Tara wanted to take a quick lap down the interstate. At this point she's in her own world. She's freaked out, hates mechanical problems, and began calling her mechanic at home. While it was bad judgement on my part, I hollered and said "Hey wait just a second, I'm gonna grab my purse out of the camper before you take off" Did I mention she was in her own little world?

The moment I stepped up into that Capri camper, I felt movement. I really didn't think much about it until I opened the back door to find we were rolling on out. Jason Jones (a bit and spur maker) was sitting in his lawn chair and witnessed this as I flew the door open, and he saw the shock on my face.It was at this point and time I had to make an executive decision to jump for my life, or just ride this one out. Jason was still giggling, and I just waved as we were taking on off at a higher rate of speed " I guess I'm going with"

So here I went, rattling down the road. Tara was in such a panic that we didn't put anything away in the Capri before she took off. Our accessories were flying all over the place as she mashed on the gas to go a little faster.I looked through the back glass. I could see her! And I had my cell phone. "I'll just call her real quick" I thought to myself. And I did. She was so worried about that battery gauge she kept hitting decline to my phone call. She still has no idea I'm riding in the Capri. I didn't want to tap on the glass because at this point she would've jumped out of her skin, and I could see us being on the news, and  all over the highway like a Griswold's Christmas vacation scene. I'll just call her again. She denied it once more.

So here I am contemplating life in the back of a Capri camper going down the interstate. I'm in this for the long haul. Our stuff is scattered every where, and I'm pretty sure the only place I found to sit was the foot stool. Now friends, I've never been in a tornado, but I can only imagine what it would feel like as I was sitting in the back of the Capri getting hit by blow dryers, makeup, tooth brushes, and shampoo bottles rattling around. She wouldn't answer my phone call, and I wasn't about to scare her so I just rode it out at 70 mph down the interstate. How did I know we were going 70? I could see through the back glass, ha!

Her "short" trip lasted about 20 minutes, and I could feel us pulling off on the exit ramp to return back to the fairgrounds. We then pulled slowly onto the gravel, and back right back into our camping spot. After I made sure the truck had made a complete stop, I pushed my way through all of our stuff, and opened that back door. Now if you can imagine a deer in the headlights, that was the look that came across Tara's face. She was in shock. Complete shock then turned into laughter so hard, and tears began flowing down her face. I was laughing, and still shuffling through the chaotic mess to try to get out.

At that moment I all I could think about was blurting out "And my mom doesn't worry when I'm with Tara" in my sarcastic tone. haha! 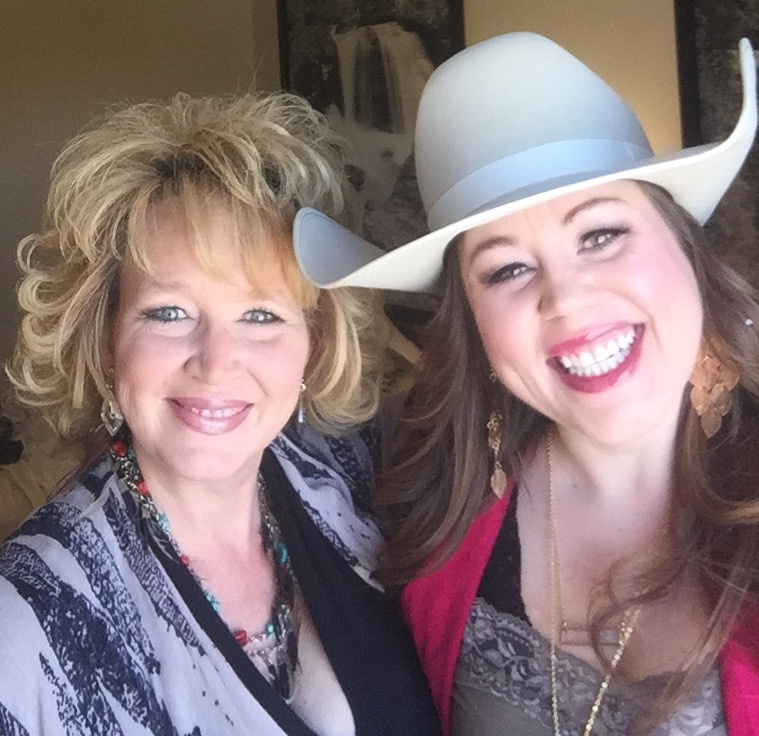 Just another story from the road, ha!