Across Country with an 8 Year Old...

" Oh my gosh, Lainey, that's a beautiful picture"  were the words that came out of my nephews mouth as the mountains were very first reflecting in his big blue eyes.

It seems summer has been flying by, and I'm really far behind on posting about the cross country trip with my 8 year old nephew Creek Canyon. Creek  and I have always had a special little bond. From driving gravel roads when he was a newborn because he had a severe case of colic, or to walking him endless hours when he was cutting teeth, somewhere in there we became pretty good buddies. His love for photography has just started to blossom in the last couple of years, but his love for animals, and wildlife has been existent since birth I believe. So when I mentioned I was going to a Montana ranch to photograph a horse drive, his blue eyes lit up, and you could see the inspiration on his face.

I think I must be half crazy as I was asking his parents for permission to take an 8 year old across country. I mean this would mean hours and hours in the car, and his longest trip prior to this was to Oklahoma. Should I be worried? What if he gets home sick? or worse what if he gets car sick? ha! 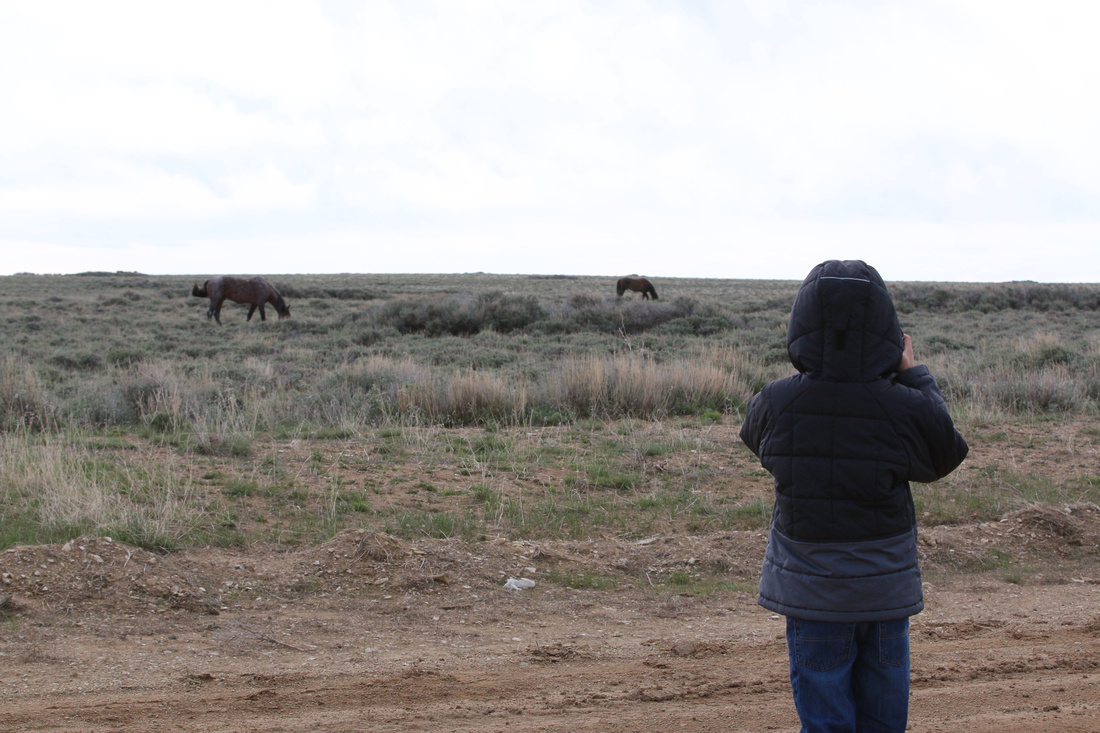 We left at 4 a.m. in one very loaded down rental car. Creek slept almost half way through Nebraska, and so far the trip was going well. The minute he woke up the questions began. " How many mustangs do you think we'll see"  " Do you think we'll see white ones like Cloud?" ( Thank you to his buddy Tyler for buying him the Cloud the Mustang Documentary, ha!... He's watched it a million times) " I just can't wait to see mustangs" So needless to say I heard all about the mustangs through the state of Nebraska and into Wyoming. About 1,000 miles worth of mustang information, ha!

We arrived in Rock Springs Wyoming 15 and a half hours later. After some much needed rest, we awoke early the next morning to drive out to the BLM land to finally see his mustangs. I've never seen a kid so excited. It was really cold outside, and I figured he might change his mind. I was so wrong, haha! We bundled up and took off down this bumpy gravel road on the BLM land, and after a few miles he spotted his first band of bachelors. You would've thought he won the Powerball. He was rustling to grab my old camera in a frantic, and zip his coat up as fast as he could. "Lainey, you have to pull over, there they are, real live ones, I can't believe it" All I could do at this point was try to keep from laughing as stuff is flying all over the car.

We sat out there for a couple of hours so he could just watch them all. He was amazed, and I was quickly changing his camera cards because he thought we needed a million photos of the mustangs. 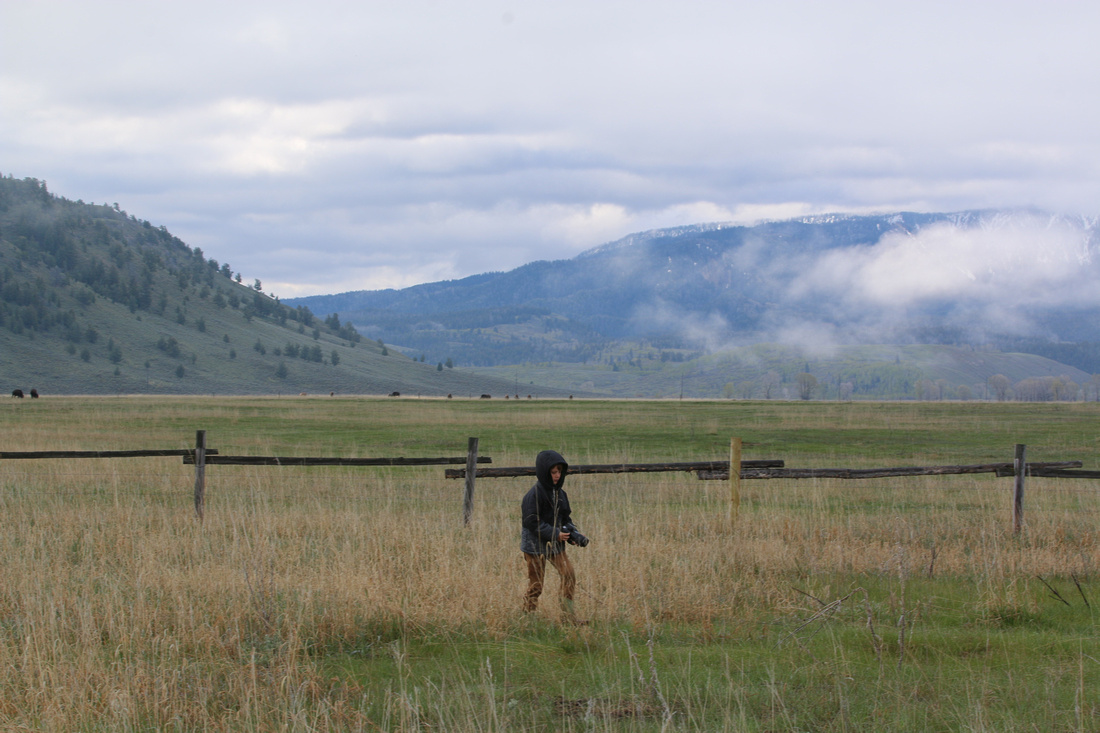 We left the BLM land and made our way to Jackson, Wyoming. I told Creek not to worry because we'd be seeing more mustangs on the ranch in Montana, along with a ton of wildlife as we were going to go through Yellowstone. He didn't make a peep. I think at this point he was overwhelmed with this adventure. His little heart was pounding as we made our way down the highway towards Jackson, and his first glimpse of the mountains was an unforgettable experience for me. We turned the bend, and there they were. Snow capped, and jagged. "Oh my gosh!, Lainey, that's a beautiful picture" as I could see the reflection in his big blue eyes. Once again items in the car went flying and he was digging for his camera. I'm not really sure to  how many photos we have of those mountains out of the car window because I'm still currently sorting through the thousands haha!  ​ 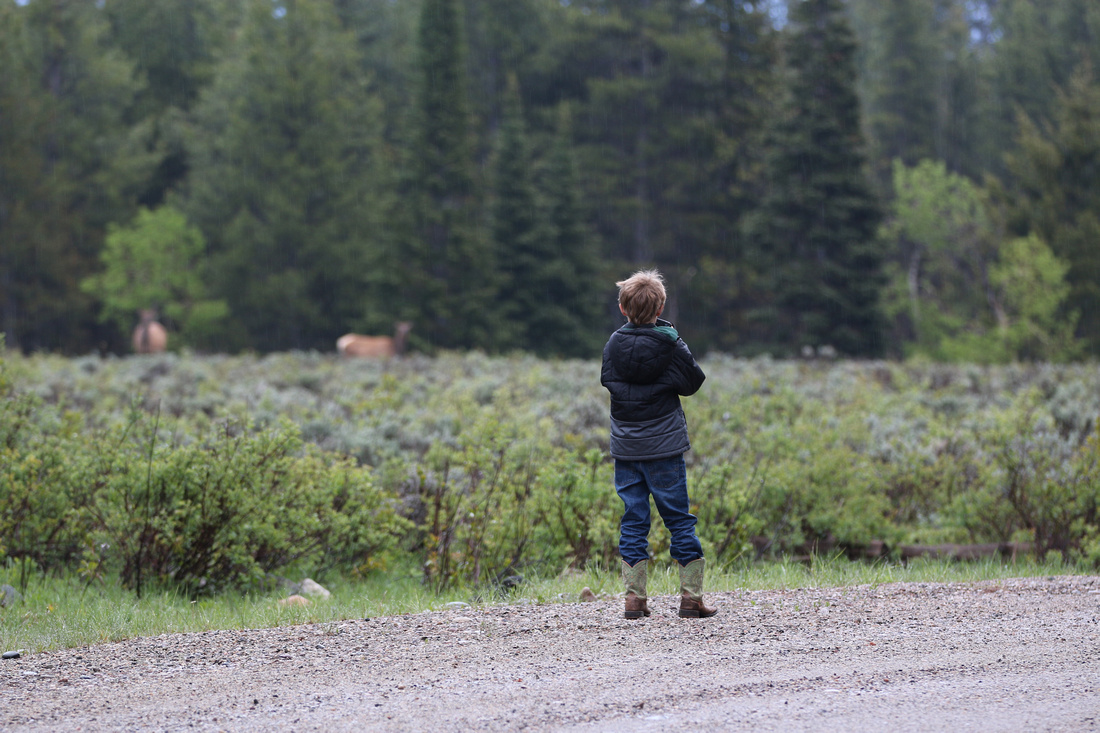 We decided to get a little rest,and awake super early the next morning to make the drive to the Teton National Park. I didn't have to ask him twice to get out of bed. In fact, he put on clothes and boots, and flew out of the cabin. I'll be honest, I didn't make him brush his hair. We were camping, and on an adventure! Who has time for hair? It was dark, and we had thrown some breakfast burritos on the dash to warm up from the defroster, Our cameras were charged, and we would catch some early morning light, and hope to see a lot of wildlife. As we turned the bend on the gravel road, I could hear Creek's heart beating out of his chest almost as we were greeted with deer, and elk.  "This place is so beautiful" as he began to tell me all about elk habitats and what they like to eat.  I'm the adult here, and I'm getting information from an 8 year old tour guide, haha! 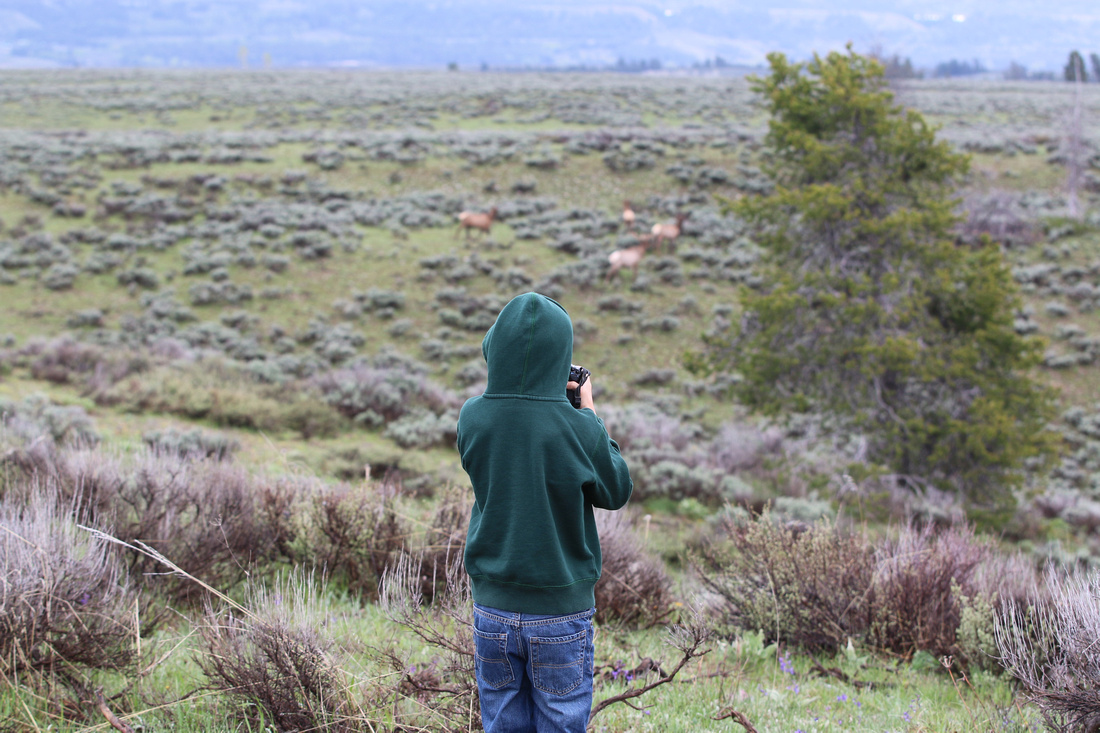 We spent the next few days just traveling through the parks, and photographing every animal in sight. A few times I was even asked to stop so we could photograph a bird's nest, or a pretty rock he found. He was in his element. I figured he would be getting pretty home sick as a few days had past, but it was the opposite. He wanted to travel further,and further. I felt like I was driving a smaller version of a National Geographic photographer around. He would begin his day with telling me what he'd like to photograph,and I'd try my best to make it happen. His folks on the other hand we're having a terrible time missing him, and his little sisters called often. My sister aka Creek's mom was a wreck haha!

After a few days of staying around the National Park's it was time to head towards the ranch. Creek was excited to see the mustangs again, and I was ready to be away from tourist. 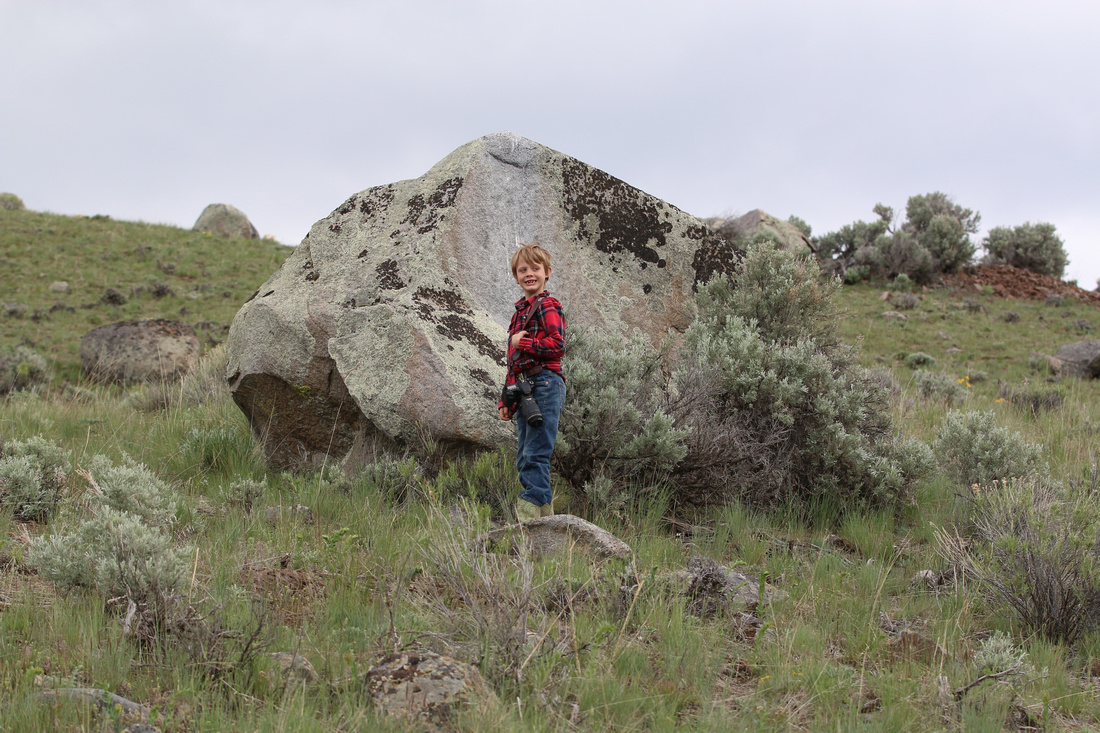 The ranch was beautiful, and Creek was in heaven being surrounded by hundreds of horses. He finally found his white "Cloud the Mustang" and we have thousands of images of him as well, haha! 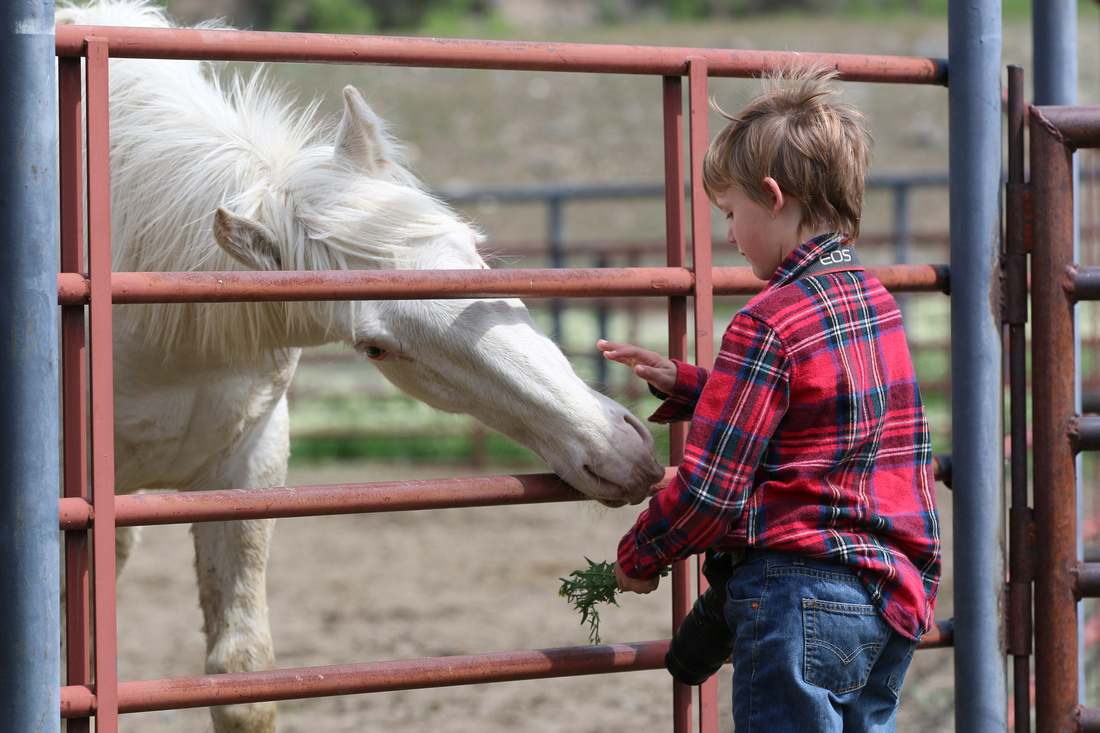 The horse drive was an experience, and the sound of thundering hooves against an old gravel road is one I will cherish forever. I'll post pictures on my facebook page when summer calms down a bit. 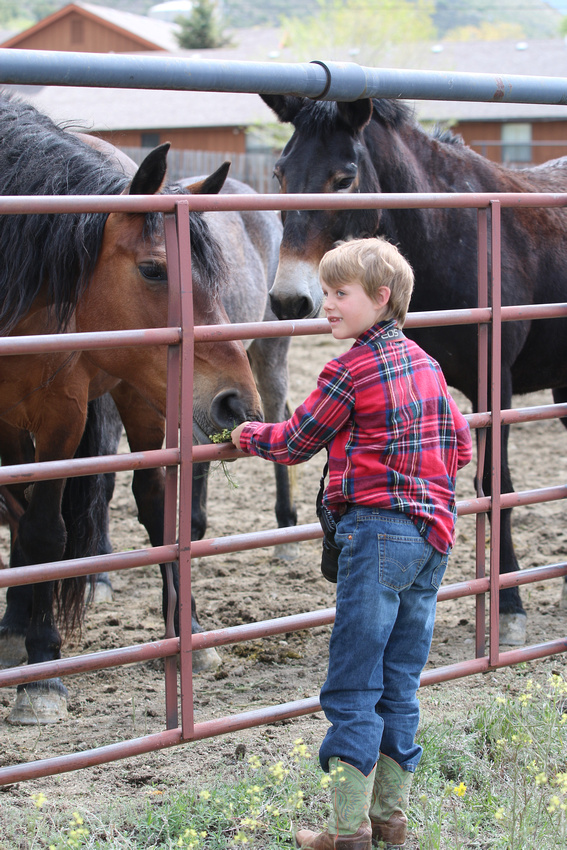 As summer is quickly winding down, and school begins in session again I have a feeling Creek is going to have quite the stories to tell his classmates. He has decided to use his photography from this adventure to benefit Farmer Grove Homesteads, which is an organization that host foster children. Last year we made Christmas ornaments and all of the proceeds was donated to buy little kids boots so they could participate in the horse therapy program. He raised enough funds to buy four pairs of boots. 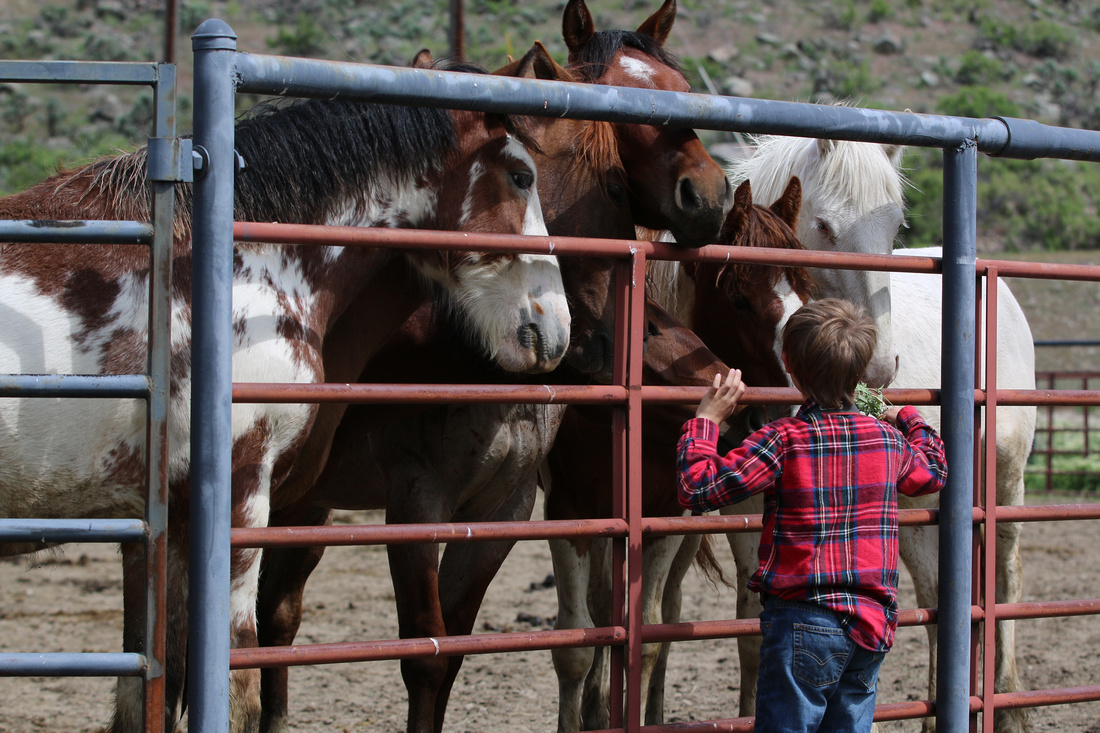 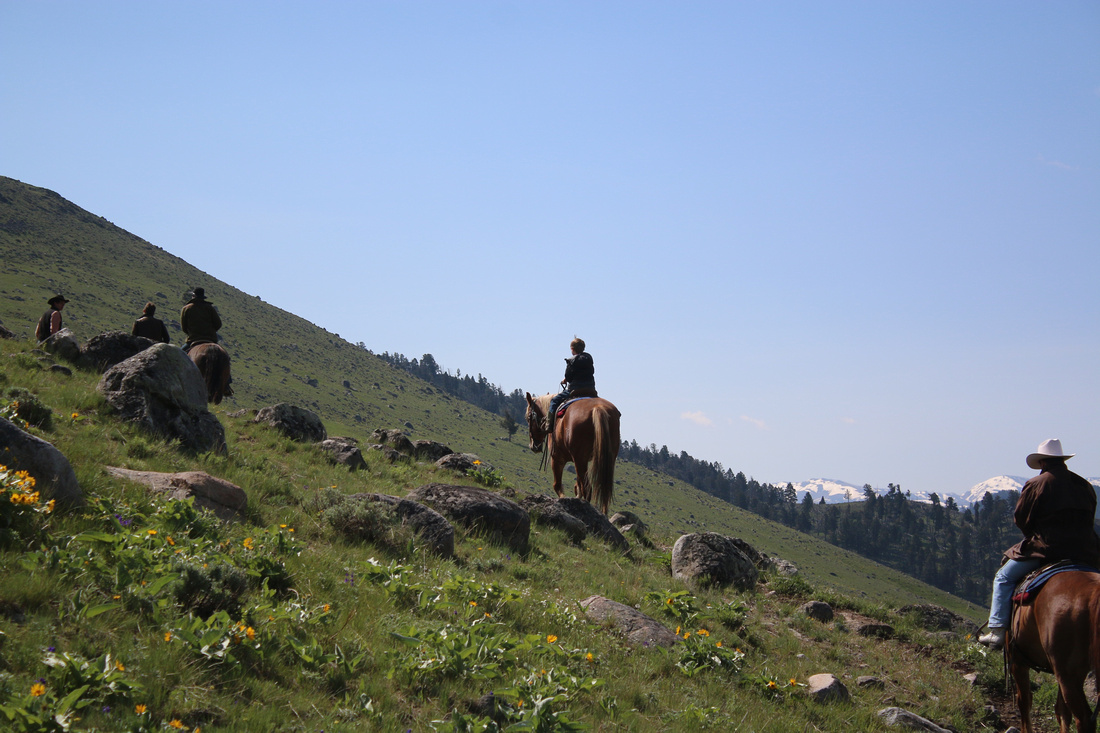 As we rode through the mountains at the end of this trip, I realized that this could very well be the best adventure I've ever been on. Seeing the world through the eyes of an 8 year old little boy, and his excitement for life is refreshing. He taught me a lot about myself on that trip, and has inspired me to take more photographs of things I might've taken for granted, such as a birds nest. 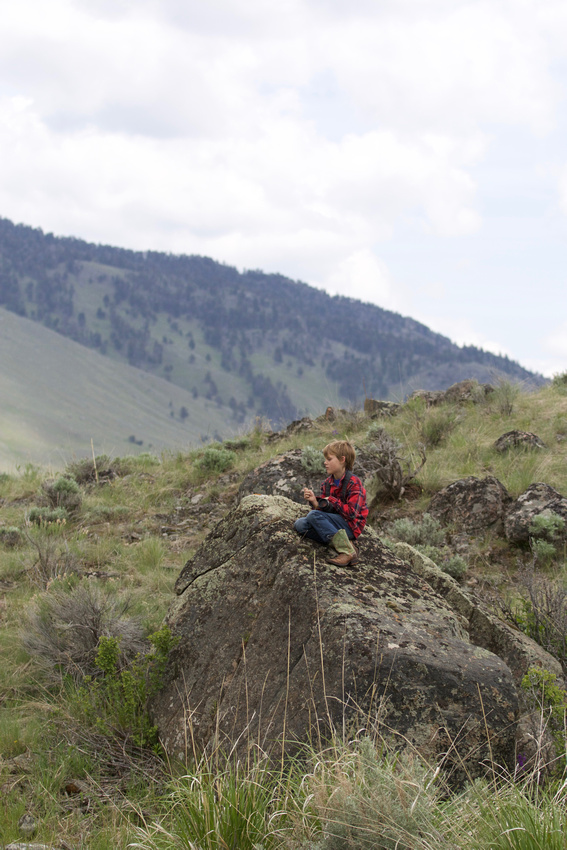 We made our long journey back home after being gone for more than 8 days. We were exhausted, our car was filthy, and we were ready for a long hot shower. Was I crazy to take my nephew across country? Maybe I was, but to see the joy in his face, and the million questions twirling around in his mind, and packing a camera everywhere he goes was priceless in my opinion. Since we have been home I've been informed that he is my new assistant, I have to take him on every adventure, we will be moving to Montana soon, and when he gets a wife I can still live in his log cabin so we can still go take pictures, haha!

I've been inspired by this little guy. Our mission this year is to raise enough funds for Farmer Grove Homesteads to buy 5 pairs of boots for foster children so that they can participate in the horse therapy program. His way of sharing his love for animals.

I hope his story inspires you. I hope his story let's you know what's right in the world, and most of all how fast kindness can be spread. One 8 year old little boy with the love of photography, buying boots for little cowboys and cowgirls in need :))

P.S. Watch my facebook page for some of Creek's images, and some new items he  will have up for sale this fall to help him with his goals

Irene(non-registered)
I love your story and know it inspires me! It's a wonderful day when I see such a great love and kindness, not just from Creek, but from you, Lainey!!! YOU are an inspiration! Thank you for sharing, I felt the adventure was my own! Beautiful!!! ❤️
Rosanne(non-registered)
Boy do I envy you two! Always wanted to go north but never got to Montana or Wyoming but I do know the mountains call my name all the time :) I so love living through your pictures. My broken up body can't ride as long and hard as it once could but you take me back with each and every photo thank you for that for allowing me to live through them and remember what it was like when I lived that life 24/7 <3
Debbie Lewis(non-registered)
That was one of the best stories I have ever read. That little boy will remember that trip forever.Thank you so much for sharing.
Kristy(non-registered)
Awesome story Laine. You have made great memories for Creek and You!
No comments posted.
Loading...
Subscribe
RSS
Recent Posts
Please don't put it in my obituary I died riding an Appy... The American Rancher: The every winter Olympic Sprinter... Winter chores or comedy show? You decide. Things you just can't UN hear... Dear Ladies of the NFR, I envy you. So you want to date a cowboy? What horse did he saddle for you? The Mysterious Ranch Pickup & Dating... Capri Camper at 70! When the fireflies dance among the fescue Which way is North?
Keywords
Ranch memorylaine ranch photography ranching wrca Creek Canyon MemoryLaine Photography Montana Horse Drive Bronc Riding Nation Cherokee Oklahoma
Archive
January February March April May June July August September October November December
© MemoryLaine
Powered by ZENFOLIO User Agreement
Cancel
Continue